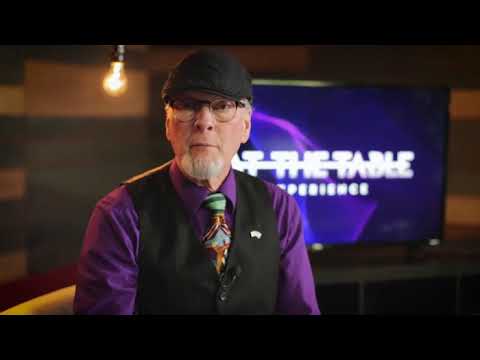 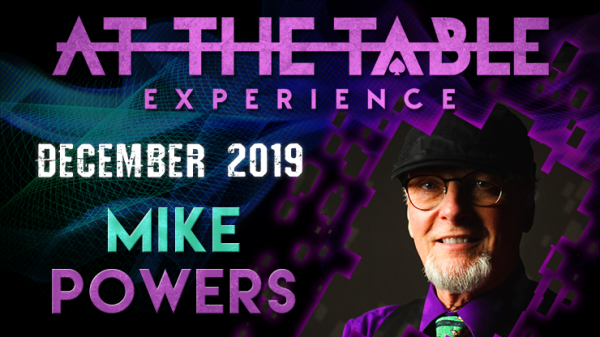 Beschrijving Beoordelingen 0
Beschrijving
Having been in the magic scene for over 40 years,  Mike Powers ' creations have appeared...meer
Menu sluiten
Productinformatie "At The Table Live Lecture Mike Powers | Download"

Having been in the magic scene for over 40 years, Mike Powers' creations have appeared in Television, the famous Magic Castle and in every major magic publication. He is the author of 4 books, including Power Plays which was voted "Book of the Year" on the Magic Café and creator of bestselling tricks such as Diminishing Returns, Holey Terror and The PM Principle. He has performed and lectured all over the U.S. and around the world and in this lecture, you'll learn killer never seen magic and mentalism straight from his professional repertoire. Join us as we welcome Mike Powers, At The Table!
Here's what you'll learn:

21 Again: This is by far the cleanest, quickest, most fooling version of the 21-card trick. You'll also learn Invisible 21, 21 Card Stud and Mental 21! Get ready to rekindle your love for this timeless classic!

Invisible Card: After a super-fair selection procedure, the magician deals the 21 cards into the usual 3x7 array. However, only 20 of the cards are visible and the selection isn't among them. The magician then magically turns the invisible selection visible. This is the perfect follow up to the 21-card trick.

Stooge 3 Pile: After having the cards shuffled, a card selected and openly lost in the deck, a spectator tells a second spectator when to stop dealing the cards. Impossibly, the stopped at card is her selection.

Odyssey III: The magician can cut exactly the same number of cards as the spectator and finishes with a surprise ending, they'll never see coming.

ITH Triumph: A 3 phase in the hands Triumph routine that you'll love to perform! A card is selected, lost and a mess is created by shuffling the cards face up into down. You'll then magically turn all the cards face down, then in the blink of an eye you'll visually turn them all face up, except for one face down card in the middle, their selected card!

Rising Mistake: After making the wrong card to rise from the middle of the deck, the magician uses his digital deck of cards in his phone to fix his mistake and cause the right card to rise! As a kicker, the mistake card from the beginning magically transforms into their selection.

Science Friction: A drinking straw balanced atop a bottle spins and rotates mysteriously without the use of breath, threads or magnets.