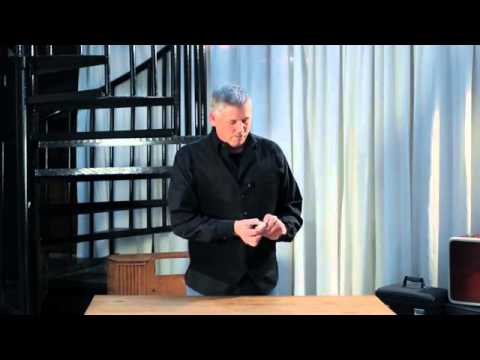 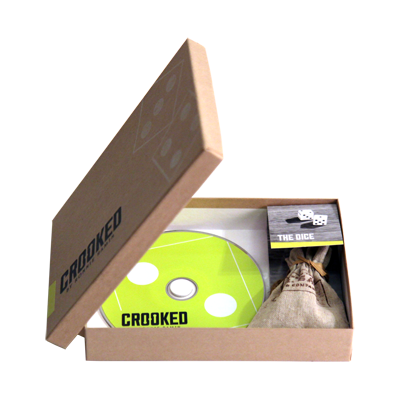 Beschreibung Bewertungen 0
Beschreibung
Shift the spots on a die to an impossible position. Dr. Sack's dice routine is in the... mehr
Menü schließen
Produktinformationen "Crooked by Ronnie Ramin | Zaubertrick"

Shift the spots on a die to an impossible position.Dr. Sack's dice routine is in the pockets of many performers for a reason-it's a time-tested classic. And while the ending as it was first described is good, it leaves a lot of magicians wanting a little something extra.That's where a gentleman from Texas named Ronnie Ramin comes in. He solved the problem in the most amazing way to date. Ronnie keeps the best features of the Sack routine and then adds the ending that it has always needed.Unlike anything before it, with Crooked you finish by really moving the dots on a die to a new position (an odd position!) and then handing it out for examination in this new, impossible condition.Crooked is produced by TRCKY and comes with three dice, a natural linen bag to carry everything (stamped with a tribute to Dr. Sack) and a DVD explaining Ronnie's routines. The DVD also includes effects by David Regal and Rich Aviles, plus much, much more. DVD INCLUDES:Basic RoutineA quick and simple single-die routine.Advanced RoutineExpanding on the classic Dr. Sack routine with two dice, and Ronnie's killer new ending.Les Scheyer's Dice InterludeA very cool intro to any dice routine, and a magical way to show all six sides of a die.David Regal's Spot RemoverDavid kindly allowed us to include his wonderful one-die effect on the DVD. This is great!Rich Aviles' Die EasyRich streamlined Ronnie's two-dice effect and added a devious method to clean everything up at the end.Rich's Visible SlideThis allows you to get one-ahead while you appear to visibly slide one of the spots on a die to a new location. ...and more!"A great ending that actually fits the premise. Excellent!"- Steve Mayhew"Now THAT is the best version I have ever seen! Beautifully constructed."- John Carey"For close up and intimate workers, this is plain and simple a reputation maker that you'll use the rest of your life. This is one of the best value, high return on investment, magic items that I've purchased ever."- Jack Carpenter