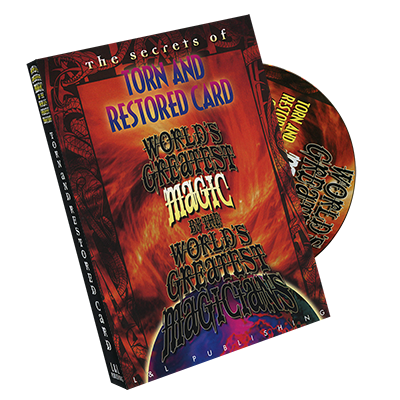 Description Evaluations 0
Description
The idea of tearing up and then restoring a playing card is a very old one, dating back to at... more
Close menu
Product information "Torn and Restored (World's Greatest Magic) | DVD"