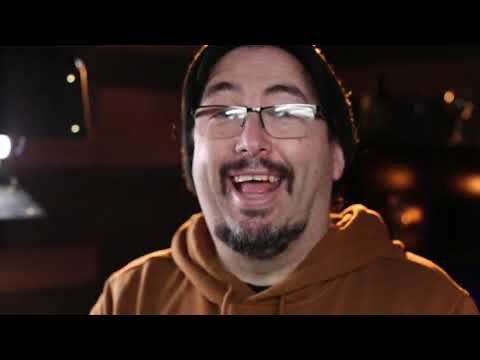 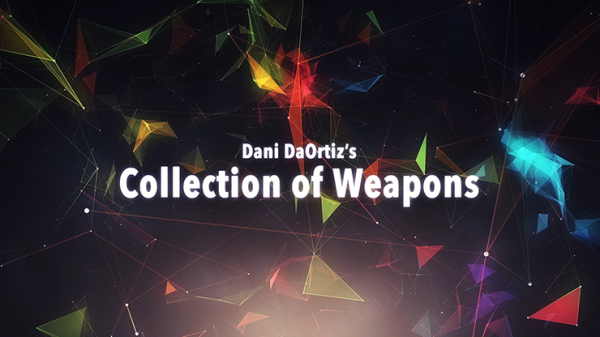 Dani DaOrtiz is one of the most recognized and sought-after magicians worldwide, performing regularly at the Magic Castle and a frequent lecturer and performer at many of the largest international magic conventions. A master of the quintessential Spanish Style of magic, he's traveled the world and worked with some of the most renowned magicians, such as David Blaine. Known for Utopia, Reloaded, Here and Now, Fat Brothers, and his classic Triple Intuition; Dani's unique methods and techniques continue to deceive everyone who witnesses them.

Now, Dani DaOrtiz shares his collection of "weapons" for the first time ever. Not only will you learn some fantastic tricks, but more importantly, he'll teach all the subtleties and techniques that makes his magic so impossible. Each idea in his "weapons" collection has countless applications and will provide never ending ammo for your magic repertoire.

In Dani's Weapons, you'll receive a 3-part masterclass in psychology and magic methodology that includes effects that you can immediately load into your holsters, but more importantly, Dani dives deep into the fundamental aspects that make his style of magic possible.

Plus this specially priced collection, is priced like you are getting the 3rd effect FREE if you bought them individually.

In his first weapon you'll learn Happenstance, which allows a spectator to choose any card and lose it back into the deck, and only they will have the ability to find it. Another spectator could cut the deck, but will of course fail to find the chosen card. The magician could also try their hand, but they too would fail. In the end it is only the selector who holds the ability to find their selection. Is this fate, or merely just happenstance? Once you learn the principle behind the method, Dani explains how to apply it to perform the easiest peeks, controls, or forces that you could ever imagine.

In his second weapon you'll learn refACE. This weapon is all about productions! Here Dani shares his techniques on producing cards from a borrowed deck, 4-of-a-kind thought of cards, or even selections. As you can imagine, the utility on having this in your repertoire will instantly elevate your card magic to the next level. Dani supplies you with different versions of his productions that covers the range from self-working to sleight of hand, so no matter what your experience level, you will find something new to add to your arsenal.

In his third weapon you'll learn Echo, where Dani DaOrtiz finally exposes one of his most closely guarded secrets. In Echo, Dani masterfully hacks a simple psychological premise to create moments of pure delight. Imagine everything you could get away with by simply bringing a duplicate of the spectator's card into play. You could perform an ambitious card where the spectator can literally watch as their selection is pushed into the deck. Or you could even perform the worlds easiest T&R where you really tear their card and use a duplicate to easily restore it. Now imagine being able to perform all these exact same miracles without ever needing a duplicate. In Echo, Dani DaOrtiz reveals how to do just that.

Not only will you receive three full downloads for one incredible price, but Dani delivers a masterclass in psychology that will make these routines look effortless. And once you've mastered his fundamental techniques, your magic will never be the same again. No matter what, you will find something to add to your arsenal. Whether you're a beginner or a seasoned pro, Dani will surprise you with insights from the mind of a true master.

Joined by Javier Natera and Javier Fuenmayor, Dani goes in-depth for almost 3 hours in this three weapon collection, and discover a new foundation for which to cultivate your magic repertoire for the next age of illusion.