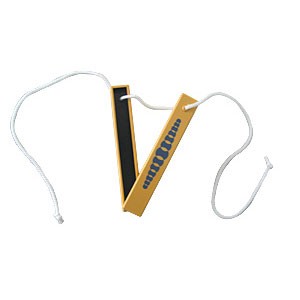 A legendary, magical mystery!
The Pillars of Thor is an entirely new version of a classic effect in magic. Easy to do, yet real fooler!
A length of string runs between the two, absolutely separate Pillars of Thor. Placing the pillars together, the magician cuts the string with a playing card. Yet by pulling one end of the sting, the other end moves: an impossibility! Then, a magic wave and the sting are completely restored.