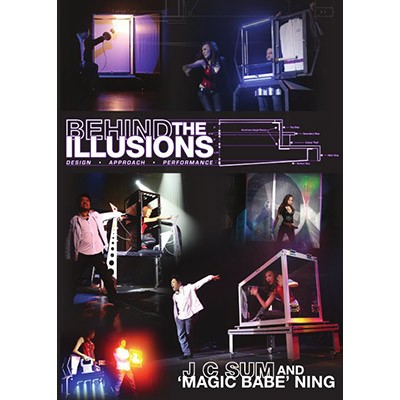 In this groundbreaking DVD set, learn the design, performance and approach to modern stage illusions through one of the top illusion teams in the world.

If you ever wanted to learn how to approach illusion performing, designing and producing, this DVD is a must-have.

This is not an illusion method explanation video but J C & Ning offer a comprehensive overview to stage illusions that will be invaluable to stage magicians & illusionists of ALL levels.

As a bonus, for the first time ever, J C & Ning will share behind the scenes information on one of their live mega illusions, "The Aerial Exit".

Information shared in Behind the Illusions include: