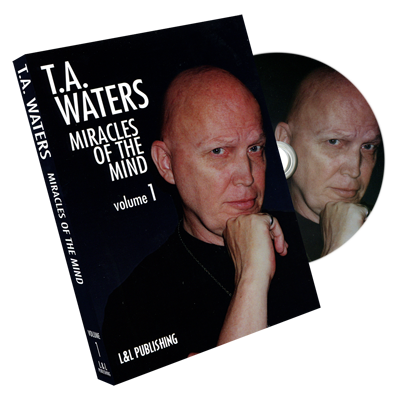 Beschreibung Bewertungen 0
Beschreibung
MEET THE MIND BEHIND THE MYTH... AND THE MAGIC! One of the cornerstone books in the field... mehr
Menü schließen
Produktinformationen "Miracles of the Mind Vol 1 by TA Waters - DVD"

Now, you can meet the man behind the legend and watch him as he brings his creations - many right from the pages of Mind, Myth & Magick - to life in front of an enthusiastic justifiably amazed live audience. Then, T.A. Waterswill take you behind the curtain to show you the diabolical machinations behind the miracles. In addition, you'll be treated to his timeless thoughts about creating and preforming magic and mentalism in his insightful "T.A. Talks."