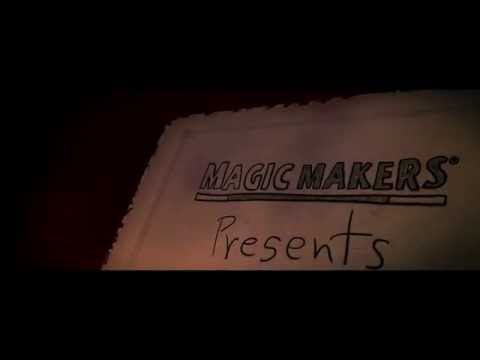 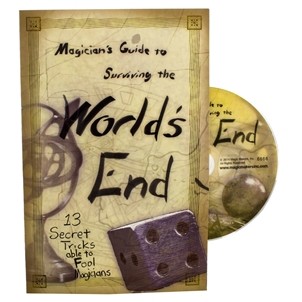 In the end…
When magic is common…
WILL YOU BE PREPARED?

Included is an illustrated packet that shows all the materials you will need and a step-by-step instructional teaching DVD that will guide you through the skills you will need to survive world’s end.

1. Full Deck Color Change
Use a spectator’s card to change the colors of an entire deck.

2. Vanishing Card Deck
Effortlessly squeeze to compress a full deck of cards into a single card.

3. Phasing Card Box
Cause an entire deck of cards to pass through the card case revealing the cards are now sealed within.

4. Inversion
Place a chosen card into the deck. Fool your spectator’s as the entire deck inverses itself around their card.

5. Holy P.O.D.
This baffling effect gives you the power to transport, vanish, and change the color of a card placed between two Jokers with holes cut through their center.

6. Hanging by a Thread
Shockingly pull the chosen card through a solid pack of cards with a simple string.

7. Miracle Change Transpo
In the blink of an eye, make two cards switch places in an unexpected way.

8. Lighter Strike
Vanish a coin only to magically pull the coin from the fire of a lighter.

9. Billtration
Amaze any time as you pull two dollar bills through each other as if they were melting.

10. Blow Restore
Tear up any card then simply blow on it to complete restoration.

12. Ring and Rubber Bands
Cause any ring and rubber band to pass through each other. (Also includes a basic ring vanishing and reappearing routine.)

13. Siamese Twins
Reveal two identical cards. One is placed outside the deck and the other within. When the first card is torn and burned, the card within the deck also follows suit.