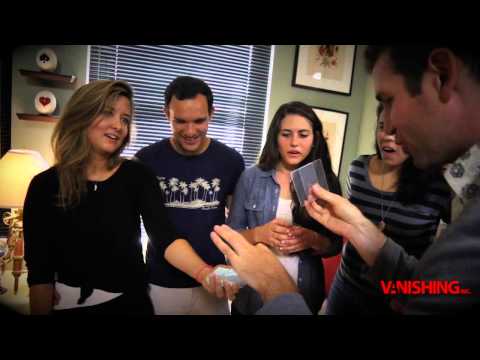 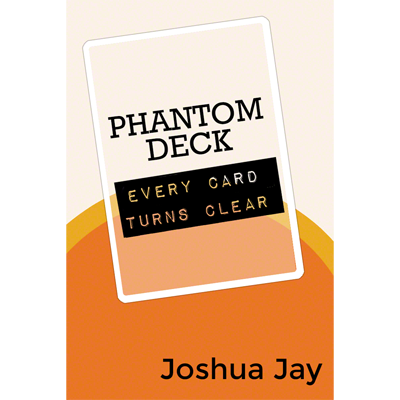 Beschreibung Bewertungen 0
Beschreibung
Imagine at the end of your close-up performance, you cause every card in the deck to turn... mehr
Menü schließen
Produktinformationen "Phantom Deck by Joshua Jay and Vanishing, Inc."

Imagine at the end of your close-up performance, you cause every card in the deck to turn TOTALLY TRANSPARENT...in the SPECTATOR'S HANDS! This is one of the strongest closing effects possible with a deck of cards. You can do it anywhere, standing, no table required, and it resets instantly.

Building on the notion of the popular Omni Deck, The Phantom Deck is an entire pack of transparent, clear cards. When held together, they look, feel, cut, and shuffle like a normal deck...except that every single card is transparent. This allows you to make visual or surprise changes from a normal deck to an "invisible" deck of cards...yet it's an invisible pack your spectators can touch and spread and feel.

The sides of the deck have been fuse-heat treated in white so they perfectly resemble a normal pack of cards. With one cover card on top, you can place the deck in a spectator's hands, and she will be unable to feel the difference between the Phantom Deck and a normal pack.The Phantom Deck will last a lifetime, and we have now found a process to manufacture the cards in fantastic quality. The effect is self-working, and you will be performing The Phantom Deck within minutes of receiving the routine.

The Phantom Deck comes with a special URL to watch the full tutorial online.