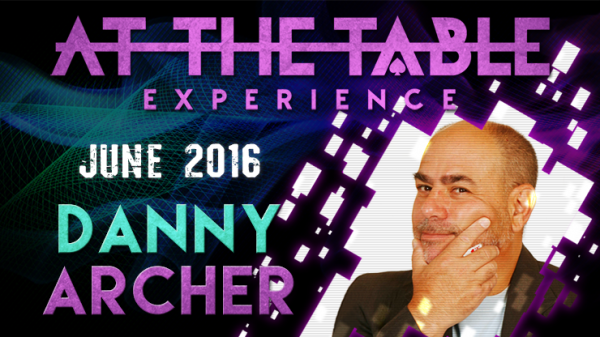 Danny Archer started doing magic as a hobby when he was 29 years old and has since circled the globe with his highly sought-after lecture. Danny runs the largest mentalism convention, MINDvention and has been a cornerstone in the mentalism community ever since. His material has appeared in publications like; MAGIC, Linking Ring, Genii, Channel One, MUM, Infinity and several international magic publications. His magic is visual, dynamic and created to be performed in real world situations. He uses simple props to present complex magic effects that people never see coming. If you haven't experienced Danny, here is your chance.Balls - A stand up sleight of hand effect with small rubber balls. They appear, vanish, and change color in a magical, fast paced routine.The Archer Shuffle - A full deck, stand up, in the hands false shuffle. Incredibly easy to learn and devastatingly deceptive when used.Lost and Smelled - A spectator selects a card, cuts it into the deck then shuffles several times. The magician finds the card in spite of the impossible conditions.Pick a Coin - A self-working stand-up coin routine that can be performed for a single person or an audience of hundreds. PurseFly - Three coins are produced from a purse fly, travel invisibly from hand to hand and then vanish as they are replaced. Drawn Again - An impromptu drawing dupe that is easy and deceptive. The Archer - Two selections from one half are magically shot across to the other half with your impromptu bow. Olympic Aces - The easiest handling of a hard trick (Ambidextrose Traveller) .Dye & Dye - An exceptionally clean handling of the classic silk dying.Star Search - A double prediction using pictures of movie stars (or any pictures that work for your audience) .Big Bill - A version of the classic Bank Night routine. Animental - Four people think of an animal and you reveal all four thoughts.