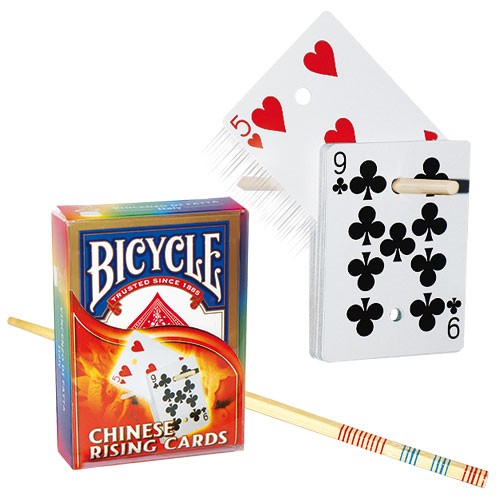 Show a deck of cards with two holes and a Chinese stick. Insert the stick in one hole of the deck and making it slide back and forth, show that all cards are punched. Do the same thing in the other hole, put away the stick, shuffle the cards and make chose one card freely.  The spectator looks at his card, then he puts it anyway in the deck. At this point insert the stick in one hole and holding it by the end let the deck hang in the stick. Cover the deck with a silk, ask the spectator which is the chosen card and… magically the card will come out from the deck.

There are no swaps or forces.