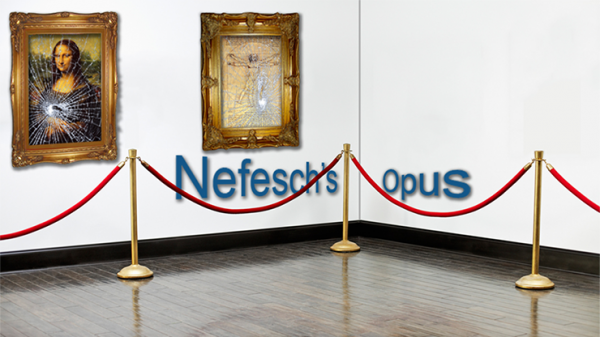 The value of a coincidence depends on its degree of improbability!

A demonstration of intuition and impossible coincidences.

OPUS is a straight forward close up effect, where you will give to your spectator a visual proof of an impossible coincidence.

Four black backed cards are introduced, these cards are given to a spectator who is instructed to mix them freely without looking at the face of the cards; this gives him the chance to put those cards in any order out of 24 possibilities. (4!)

The spectator is now asked to decide the orientation of each card; having the chance to either turn some cards 180 degrees or not; he has now 16 more possibilities!

The spectator is now invited to freely select the position in which those cards are to be placed on the table to form a square; he is given more options and possibilities.

After all the decisions that the spectator has freely taken; and all the possibilities given; now it is time to turn the cards over.

When the black cards are turned over, the spectator realizes that out of all the possibilities that he had; he ended up with the only possibility that makes the 4 pieces shape perfectly the Mona Lisa puzzle that was printed on the face of the cards.

OPUS is also a PREDICTION effect.

A Fifth card is included for you to use it as a prediction.

You don't need to carry or hide many outs. This fifth card is YOUR ONLY OUT. And it will ALWAYS BE A PERFECT ACCURATE PREDICTION.